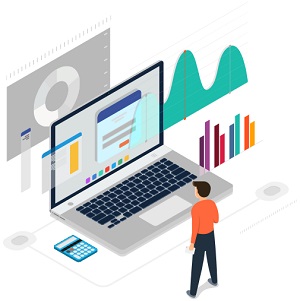 The customer is developing a complex multi-module system. This solution is supplied to large telecom companies and is highly popular. Because of the domain area specifics, the product has a non-trivial delivery scheme and is installed on a minimum of 11 machines in the most complex topology.

JazzTeam specialists became a part of the customer’s team and are engaged in the following activities on this project:

1. Improvement of CI process on the project:

1.1. Implementation of Ansible. For continuous deployment and configuration of the product, our team implemented Ansible in conjunction with Git (especially with the mechanism of branches). Today, the JazzTeam team successfully maintains several playbooks versions, each with its own features.

1.2. Implementation of the Infrastructure as Code concept. We replaced the Jenkins UI configurable pipelines with Groovy implementation. This resulted in the following benefits:

1.3. Transfer of automated tests to the Docker Tests system. The customer is gradually transferring automated tests from the VM environment to Docker. We have developed a special system which decomposes the existing VM infrastructure of autotests into a relational database. Based on the decomposed data and according to the settings entered by the operator through the UI, autotests are run already in Docker. The main functions of the system:

Stages of CI/CD
1.4. Monitoring with Nagios. The customer’s infrastructure was monitored using a multi-component system that we configured from scratch based on Nagios. Various metrics from remote hosts are collected using active checks through SNMP protocol.

1.5. Storage of artifacts in Nexus. Together with the customer, we set the saving of nightly build artifacts (snapshots) in the Nexus repository. Nightly builds deemed suitable for release are manually upgraded to the (releases) status. Outdated snapshots are automatically removed from the repository. This solved the problem of the need to regularly manually remove old nightly builds, which were not included in the release.

1.6. Test builds based on CMake. Together with the customer, we are implementing a new build system based on CMake, which will significantly reduce the build time. It allows us to make builds and inform the developers about the result after almost every change in the repository.

2. Development of the Configuration Builder application for visualizing and configuring the deployment process

Configuration Builder is an application that creates a configuration file and automatically (using scripts) executes certain commands on various servers. The system components were written in Python, the GUI was created in jQuery.

Our team created an application with a special menu, which conveniently displays all the possible options and settings for deployment. The settings are selected from drop-down lists or entered manually. Based on the rules selected in the menu, the application generates a configuration yaml file. It specifies which version should be deployed on which server and with what conditions. This yaml file is read by another application component based on Ansible scripts. Thus, the yaml file is synchronized with the pipeline. Further, the rules originally specified by the user will be automatically considered in the customer’s CI/CD process, which will significantly simplify the delivery of new product versions.

3. Manual testing of the product

Our team is responsible for creating test coverage based on the customer’s requirements and official documentation. Later, the cases created by the manual testing team are used for test automation. The manual testing process has the following features:

Based on the test cases created as part of the manual testing process, we wrote the combined Selenium + CLI automated tests, which are run nightly for each new build. You can find the details of how automated testing of this product was performed in our case study.