IoT (Internet of things) is quite a broad concept. In the most general sense, it is a network that connects different devices for household and industrial use. Such network can be utilized in the Housing and Utilities Sector, for example, to manage energy metering devices, obtain and process their readings, which may result in lower operating costs for energy companies and increase their operational efficiency.

During the whole project JazzTeam was in close cooperation with the R&D department of the customer’s company which is a major data transmission operator in the IoT field on the regional market. This company owns and operates a cloud M2M telecommunication platform (machine-to-machine communication) and a network of base stations. These base stations are located in different regions. Each base station receives packets from multiple metering devices via radio modules connected to them and transfers data to the M2M platform. The communication between the metering devices and the base stations is carried out via wireless connections that use LoRa spread spectrum modulation. LoRa modulation method is used for wireless LPWAN-networks (short for Low Power Wide Area Network), which transmit data through the open energy-efficient network protocol LoRaWAN (short for Long Range Wide Area Networks).

The company is actively increasing its international presence and constantly expanding its network coverage through active cooperation with equipment manufacturers, integrators, and service organizations.

The cooperation between JazzTeam and the customer has resulted in the development of the following components:

The company’s achievements on the project 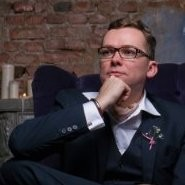 Lartech Telecom expresses its gratitude to JazzTeam for the cooperation and recommends JazzTeam’s engineers as highly qualified.
We would like to note that the team took a proactive approach and was results-oriented from the very first days of the project. The team’s immersion in a new subject area did not cause any difficulties and was promptly done.
Agile methodologies practices, such as daily Scrum meetings, weekly sprints and the results presentation, were implemented in the project from the very beginning. This allowed us to keep all communications at a high level, to focus on the outcome, to respond timely to challenges and changes in external circumstances, to get over pitfalls and to adjust plans and processes.
All the works were completed in full compliance with the requirements and within the specified timeframe.
We wish JazzTeam success in its professional activities.