The main task of JazzTeam members was to design, develop and implement Mule connector, which represents a wrapper over cloud-based MDM system, acting as PaaS. The system allows creating industrial applications that produce deep automated analytics (including predictive ones) based on data about customers, products, services, personnel, technologies, materials, etc. Developed by us сonnector greatly simplifies the process of creating Mule applications, which work with the system by automatic update of API access tokens and dynamic DataSense. Making API calls via connector, user can download data to the system and delete them from the system, search for data using filters, establish relationships among data.

Anypoint Connector DevKit was used as the main tool for connector building. Each operation of the connector uses Jersey-client for API calls. Responses from the application are returned in the JSON format. Using Jackson-mapper, these responses are displayed as Java objects, which the connector gives at the output.

During development, JazzTeam carried out the work on implementation of main connector functionality (API requests), dynamic DataSense, functional, system and unit testing. The connector was fully prepared for passing through certification on the part of MuleSoft company. 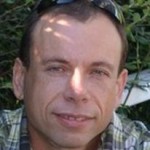 JazzTeam participated in Mulesoft connector development project for our customer’s cloud-based master data management and analytics system. The final product has addressed all functional, quality, performance, and security requirements. The JazzTeam performed their tasks efficiently and on time.

I appreciate their professionalism and sense of ownership. The project has been successfully released to production, and am very pleased with the outcome.