Test automation implemented earlier by the customer’s team didn’t help stabilize the operation of a dynamically changing, multi-component web app and didn’t give full confidence in new versions delivery quality, which led to a decrease in product release frequency.

Test automation was implemented by the customer’s team, but the potential and value of the implemented automated tests were not fully used. The created automated tests covered only a part of the basic app functionality and were launched irregularly, only 10% of them were successful. The full status of test passing was unclear: it wasn’t possible to establish right away which test failure indicated the problems in the app, and which ones indicated issues with the environment. It took too much time to identify the reasons for the failed tests. Automated tests were run manually by each specialist on separate servers with different configurations.

The product build took a lot of time and was centered around one person who had to perform a lot of manual actions. Managing servers and passing automated tests was a long and labor-consuming process, so bugs in the app were mostly identified through manual testing, which greatly slowed down the product quality verification. 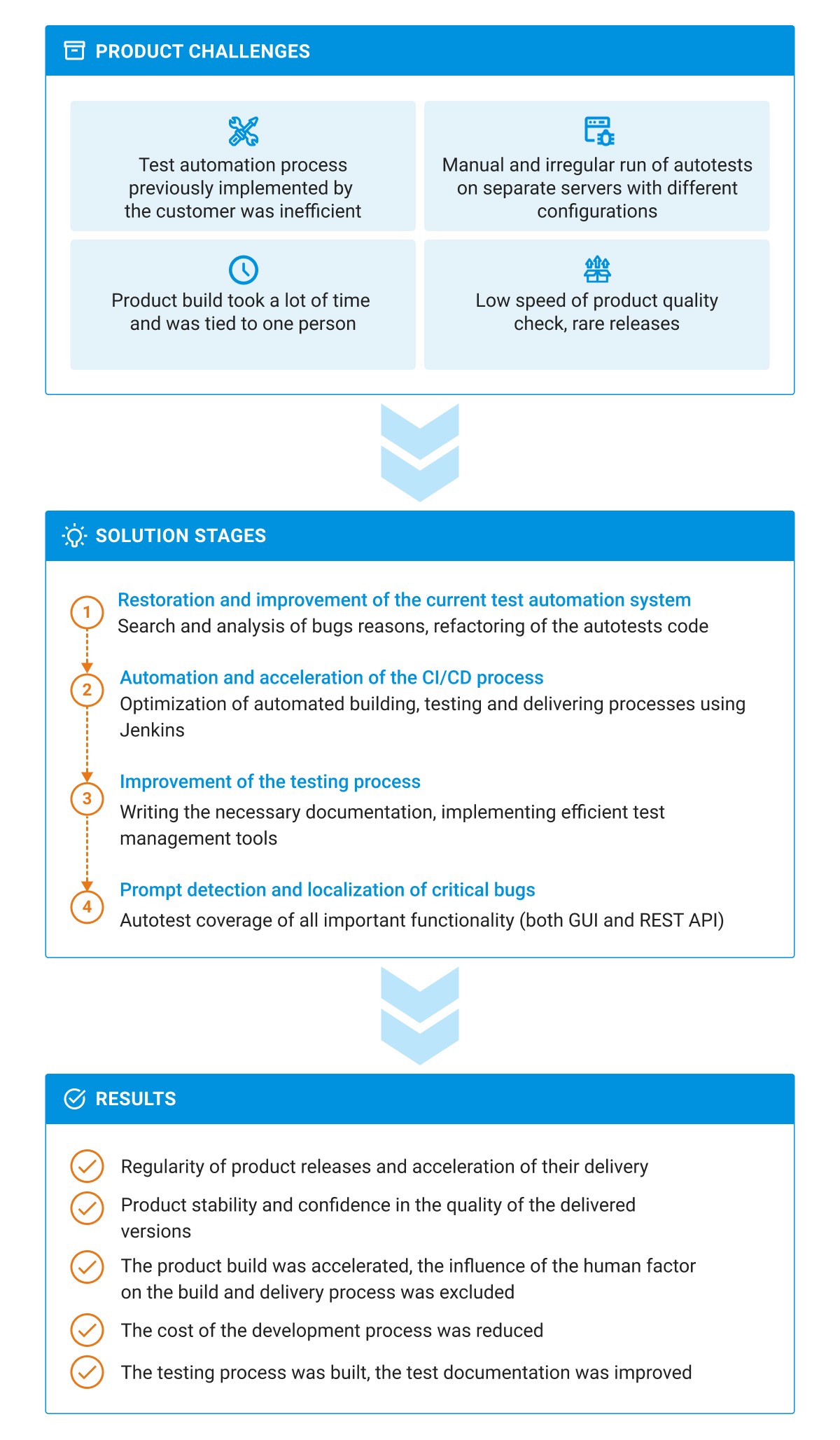