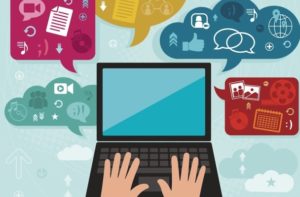 This manual contains a description of useful and the most frequently used front-end tools. The process of installing tools and the main points of working with them are described here.

Third-party libraries and plugins are often added during project development. As a result, developers need to search for the required dependency, download, unpack the archive and copy files to the project. Package managers help make this routine work automated.

Attachment of third-party libraries by the package manager is replaced with a pair of commands in the terminal.

NPM is one of the package managers used in frontend projects.

For installing npm it is needed to download and instal NodeJS (npm will be installed automatically): https://nodejs.org/en/.

Package is one or several JavaScript files representing some library or tool.The following command should be done for package installation:

The key -g is used for global package installation.The package with source codes is located in the directory node_modules/ after installation.

The following command is run to check the current version of npm:

The package.json file contains information about the application such as: name, version, dependencies, etc. Any directory containing this file is interpreted as a Node.js package.

To create the package.json file, run the following command:

After that it is necessary to fill some information about the project.

This file contains names and versions of all packages required in the project. Using npm install command, all packages of  package.json can be loaded.

For installing some package and saving it automatically in package.json file, the following command is used:

Yarn is a package manager jointly created by Facebook, Google, Exponent and Tilde. Its goal is solving a number of problems that the developers have faced during using npm:

Bower is a package management system on the client side. Its work depends on Node.js and npm. Bower system is meant to manage components that contain HTML, CSS, JavaScript, fonts and images. It contains functions for searching, downloading and installing packages. Bower.json manifest file is designed to manage packages in Bower.

Building is an integral part of any frontend project. Task managers are used for this task.

Task manager is an application designed to automate project building and for other routine tasks that should be performed during the development process (code minimization, concatenation, launch of unit tests and much more). To do this, the developer writes instruction to task performance after creating a task-file. As a result, the project development is simplified.

GulpJS is one of these task managers.

GulpJS is a task manager for automatic performance of frequently used tasks, it is written in JavaScript. This software uses the command line to run tasks defined in Gulpfile file. It is created as a branch of Grunt project to take best practices out of it. It is distributed through the NPM package manager licensed under MIT.

GulpJS differs from other task managers by better visibility and simplicity. It is also the fastest project builder.
There are about 3000 plugins for Gulp by 2017.

NodeJS and npm should be installed in the system.

Step 1: For a global installation of GulpJS using the npm batch manager, run the following command:

Step 2: It should be installed for the following application:

Step 3: Next, the file gulpfile.js should be created in the root of the project (in this file building tasks are written).
Load of additional plugins, that can be used for project building, is also done using npm by the following command:

All installed plugins are located in  node_modules/ directory.

Step 1: First, gulp should be connected to the project. To perform this, in the file gulpfile.js the following line should be written:

The task  method takes two values: the name and the function with the task body. This instruction can be already performed. To do this, the following line should be written in the console:

The more complex example of the instruction is given below:

Commands used in this example:

The gulp.src function takes a file mask as a value. Examples of masks:

Using streams is one of the most important advantages of GulpJS.

Streams allow transferring some data in sequence from one function to another, and each performs some actions with this data.

Below there is an example of using streams. In this example, third-party plugins gulp-jshint and gulp-concat are used, which should be installed and connected to gulpfile.js.

The function gulp.src takes files by the mask js/*.js. It starts JSHint and prints the result. Then it concatenates files and at the end stores the received file after concatenating in the dist/. directory.

Let’s consider an example of using third-party plugins. To do this, the instruction for js files concatenating is created:

Step 1: First, you need to connect the plugin with require command:

Step 2: Then the task to concatenate the files with js extension located in  js/ directory should be created. Finally, the received file is placed in dist/js directory:

Step 3: Further this task can be done in the console:

Also the task that causes the execution of other tasks can be defined.

Plus, there is a watch method for watching changes in files:

A default task can be created in gulpfile.js :

This task is launched from the console by using the command:

The full list of Gulp plugins can be found here:

GruntJS is a task manager, like GulpJS, which allows automating routine tasks for developers related to code minification, code quality analysis, testing, and many others.

Testing is part of the development process on any project. It allows verifying the code correctness and identifying situations where program behavior is incorrect, undesirable or doesn’t conform to the specification. Each engineer checks whether some function works correctly during the development process. The easiest way to do this is to run the function and see a result. However, this approach is a very imperfect way of code testing . As a result, any moment that leads to malfunctioning can be missed and thus to an error. Automated testing is used to prevent such situations.

Automated testing is the process of writing tests separately from the code, with the ability to run them at any time and check all important usage cases.

One of the tools for testing JavaScript code is Jasmine.

Jasmine is a BDD framework for testing JavaScript code, which borrowed many features from RSpec.

To connect Jasmine to the project, download the library and connect the following files to the main HTML page:

Jasmine can be connected to the project build in GulpJS:

Step 1: First, the plugin gulp-jasmine should be installed:

Step 2: Then the plugin in the build file should be connected and tests starting task should be created:

To connect Jasmine to KarmaJS the following steps should be done:

Step 2: Install the plugins required to run tests written in Jasmine in Chrome and PhantomJS browsers:

Step 4: Connect plugins and set the path to tests in the karma configuration file.

Describe and  it functions take two parameters: the first is the name, the second is the function with the code.

An example of a basic test

BeforeEach/afterEach functions are implemented to avoid copying any logic used in the tests. They run accordingly before/after each test.

Runs and waitsFor functions are used for testing asynchronous calls.

The ability to track  functions call is implemented by spyOn. This function takes two parameters: the first is the object for which the function is called, the second is the name of the function to be tracked.

During testing by spyOn, the number of calls can be tracked, their parameters and each call individually.
To create a function without implementation, createSpy can be used. CreateSpy function takes the function name for identification.

An example of test in Jasmine

Mocha is a framework for testing JavaScript code, running on the basis of node.js. It supports work with browsers and asynchronous testing. It provides information about the degree of tests covering.

Chai is a BDD/TDD assertions library for NodeJS and browser that can be easily implemented in conjunction with any JavaScript testing framework.

QUnit is a library of JQuery developers, which allows writing unit tests for JavaScript code. It is the official tool for testing jQuery.

ZombieJS is a lightweight framework for testing JavaScript code. It simulates a browser behavior.

SinonJS is a mock library for JavaScript, which can be used in any test framework.

Documentation is the necessary stage in creating a quality product.

Documenting code is the process of describing functions, classes, methods using certain comments in the code, which makes the work with it easier in future, both for the author and other programmers.

A well-documented project helps new developers understand the project better and quickly and amplifies control over its individual parts.

One of the JavaScript code documentation tools is JSDoc.

JSDoc is a documentation generator from source code comments in JavaScript. The syntax of JSDoc is similar to Javadoc, which is used for Java code documentation. Generated documentation is in HTML format.

The documentation is generated from the source code comments.

The text of the documentation description is placed in this construction.

Inside the comment tags can be used. Each tag begins with @.

Generation of documentation can be done using GulpJS. Plugin gulp-jsdoc is used for this. The plugin installation is:

The next step is to plug in the plugin in gulpfile.js:

The task to generate the documentation is created:

YUIDoc is a NodeJS application that is used to generate documentation from comments with syntax similar to Javadoc and Doxygen. This tool provides:

Docco is a documentation generator written in CoffeeScript Literate. Documentation Docco is a html page, where both source code and description text are represented.

KarmaJS is a console tool that allows running tests in different browsers, tracking changes in the source code by running tests automatically and allows determining the coverage percentage.

Several dependencies should be installed to get started with KarmaJS.

It is also necessary for working with KarmaJS.

Step 2: Next, the emulator should be installed to test JavaScript code:

Step 3: Then the necessary plug-ins should be installed to run tests in the required browsers. There are the following plug-ins for automatically opening browsers when running tests:

Step 1: A configuration file should be firstly created to organize the tests  launch in KarmaJS. The following command is run to perform this:

Step 2: Next the configuration file should be configured.

To add displaying of the degree of tests coverage in KarmaJS the following steps should be done:

Step 1: To add a mask of files in parameter preprocessors, the degree of which should be checked:

Step 2: To add the ‘coverage’. line to the reporters parameter.
Step 3: To add the parameters of the degree of  tests coverage:

To verify the quality of the code in KarmaJS it is necessary:

Step 2:  To add a mask of files which code quality should be checked into preprocessors  parameter: