DevOps. Continuous integration with Jenkins as an example

This article will present the main ideas of Continuous Integration, as well as an example of quick deployment of Jenkins on a project.

Before proceeding to the main part, it is necessary to define the used terms.

Automated testing is a software verification process in which the basic functions and steps of a test, such as launching, initializing, executing, analyzing, and outputting a result, are performed automatically using automated testing tools. [protesting (in Russian)] 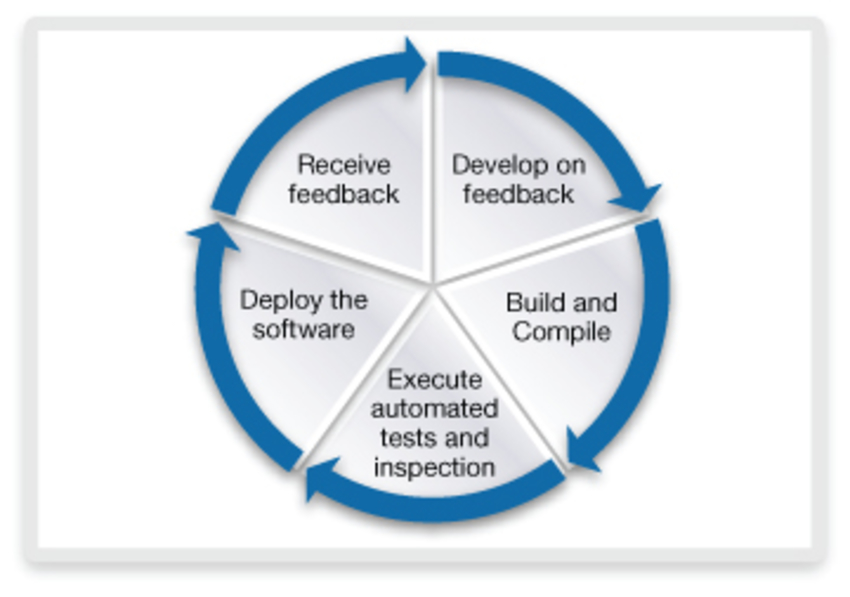 A bit about CI

Continuous Integration is currently one of the practices used in the Agile methodology. In similar methodologies, it successfully combines with other practices, such as unit testing, refactoring, coding standard. But even without them, you can benefit from continuous integration. The main idea follows from the definition of Continuous Integration – finding an error at an early stage is easier for development and cheaper for business. Therefore, if great changes are made to the project, it is necessary to conduct testing (unit tests, automated tests).

It is worth noting that there can be several launch modes:

There are a lot of tools for CI:

Why is it worth using Jenkins:

Also, I would note the following downsides:

Let me give you a memorable example. It is necessary to support several versions of the product that work with different versions of java, and if the project launched with the wrong version, then the tests began to fail stably. To do this, I had to add a plugin – Environment Injector, also add a step in the build, which, depending on the version of the product, changed the working environment settings to use a specific version of java: 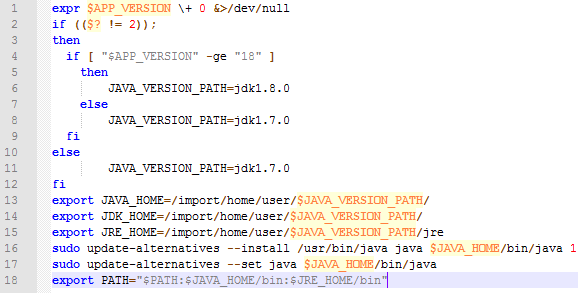 In the situation of the case described in the example above, on TeamCity it was enough to indicate java version when starting the run.

Also, I’d like to note that in this case, Jenkins was used exclusively to run automated tests, because they were long enough and required a high level of performance.

The ideal development process can be represented as following:

Quite a lot and in many details has been written about the installation, the best manual of course from the developers is Installing Jenkins.

I want to share my backup experience and subsequent installation from a saved copy.

You can use the built-in plugins, but there may be compatibility problems for different versions of the plugins, so for this purpose we use bash scripts that were a part of a separate build that was run several times a day\week. For example, jenkins-backup.sh script kept current working configuration: view, job, environment settings, plugins, which were saved in a separate archive, which can be transferred and further used.

Installation from a saved copy

1. You need to install java and an archiving tool, in our case it’s unzip.
2. Unzip previously saved file (after going to the directory with the saved archive):

3. Go to the Jenkins directory and run Jenkins with the command.

If you are working with linux machine via ssh, then after closing the connection, Jenkins will be probably stopped. In order to avoid this behavior, you can use the following technique: execute the command with the & symbol added – as a result, the command will be executed in the background, and control will be returned back to the command line, and so that when disconnecting from a remote system, running tasks do not end, you can use the nohup utility, that allows processes to continue running even after you log out.

In order to avoid the situation described in the previous paragraph on linux systems, you can install Jenkins as a service, so that every time after a reboot Jenkins starts automatically. To do this, create the /etc/systemd/system/jenkins.service file with the command:

and add contents to jenkins.service:

It is important to note that jenkins.war file can be located anywhere. In order to “pick up’’ current project parameters, you can use the command that will mounting Jenkins section to working jenkins:

This option will only work until the system reboot, so you can create a symlink in the directory ~/:

Adding and preparing to work of node in Jenkins

This section is written taking into account the practice that the life cycle of Jenkins and node is limited, for example, to 2 weeks or a month.

To add a slave node to Jenkins, you can add each machine by hand, but because of this, you need to constantly go to the machine and perform the same operations, and this leads to the idea that everything can be automated as much as possible.

To do this, it’s enough to create several Jobs that will execute sequentially:

All of the above actions can be performed using additional tools: ansible – to deploy and configure the necessary parameters and docker – both to deploy Jenkins and to set the environment on slave nodes.

The main thing is that the phrase “continuous integration” on your project should be not only beautiful new words, but also actions. And if you, at least minimally, follow the principles of CI, then there will be much fewer problems in development life cycle, and the process will be more pleasant. A survey with interesting statistics on the use of CI on the project is https://habr.com/post/122381/ (in Russian), which shows that just a few years ago, CI was practically not used among the respondents.