Cost control and accounting system of telecom services. It is a group of apps: a web app for the end-users, a web app for admins, a server-side app for integration with other systems.

Product instability and the impossibility to quickly fix issues that appear in production negatively influenced the client’s reputation and the ability to increase sales.

The entire app business logic was placed in the stored procedures (PL/SQL), which greatly complicated the debugging and maintenance costs of the code. The lack of Unit tests didn’t allow assessing the impact that changes in the stored procedures had on the entire app functionality. The CI/CD principles were not implemented, which also didn’t contribute to the Unit test creation. Complicated database architecture and lack of access to the production data didn’t allow developers to quickly reproduce bugs appearing there. All those points together led to the instability of the app and lots of challenges, which were difficult to find and solve. What was more, fixing one bug caused new bugs to appear. 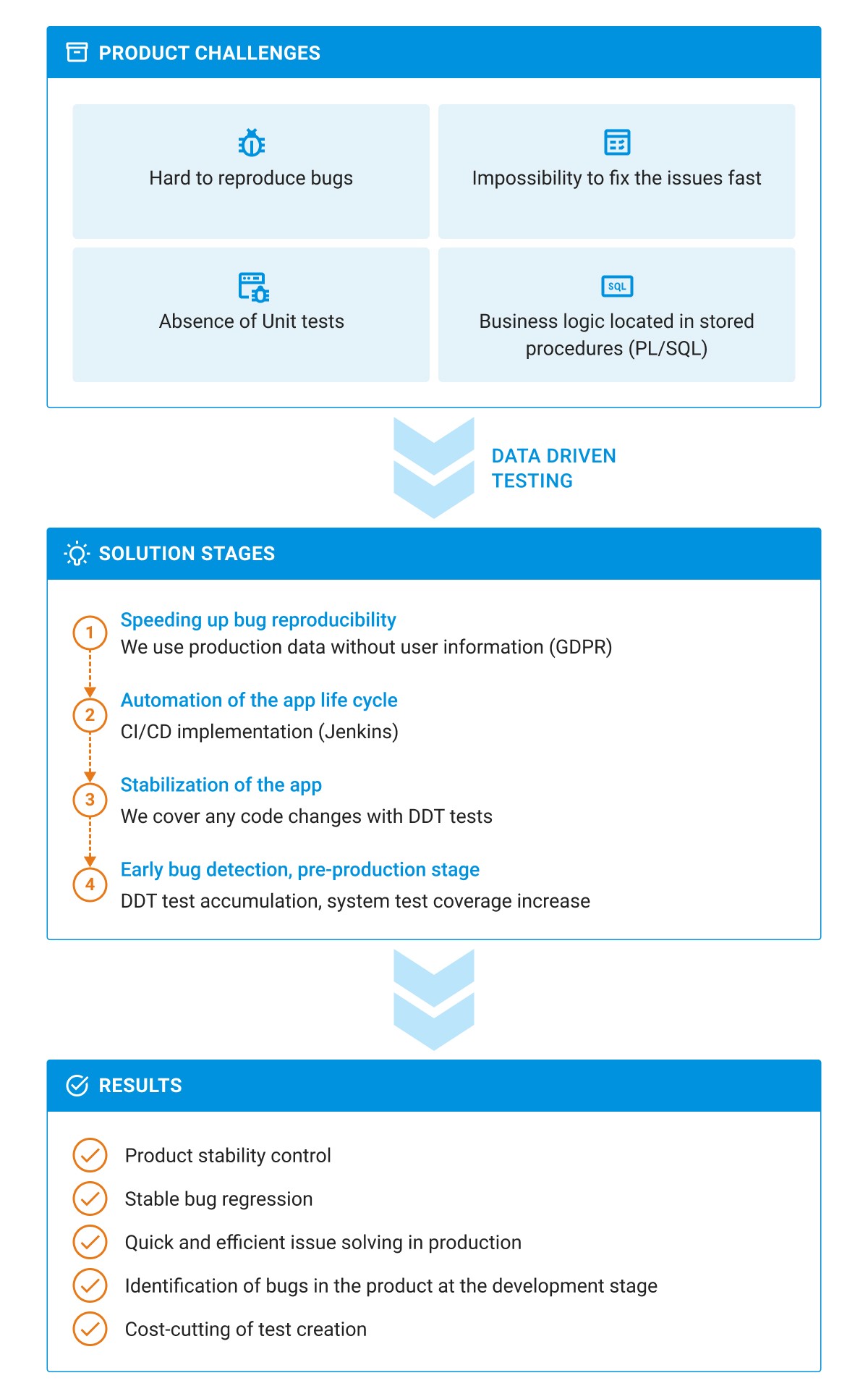