The project was designed as a system for tracking the geographical position of people and other physical objects on Google map. The tracked object has a special GPS device, which sends the information to the server. The server stores and processes the geographic coordinates. Created web-based interface allows to mark up on Google map specific area. When a physical object gets to these geographic areas, the notifications will trigger. GPS devices can be equipped with alarm buttons. It can help to care for children or elderly parents in order to determine whether they were in the certain area. The main aim of our team was a development of web-based interface, which extends the standard features of Google maps. The geofence drawing tool was added. After the geofence has been drawn, the figure approximation (smoothing) algorithm was executed. The user can edit the geofences, stretch them, add new points, as well as assign a text label. Web interface displays created by user geofences using Wialon Kit API server. 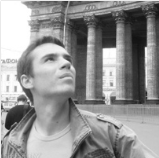 With JazzTeam company we started develop the project based on GPS technologies, devices and specialized geolocation servers. The system was planned to have an interactive web-interface based on Google and Yandex maps using their API.

JazzTeam team showed good R&D ability to develop and implement a mathematical approximation algorithm of geographic areas drawn on the maps. It was a nontrivial task and could cause high risks, but all tasks have been implemented on time or ahead of schedule.

JazzTeam staff met our halfway, all the contentious issues have been successfully overcome. JazzTeam developers pay much attention to communication and clearly defined Agile processes. They considered all our wishes and reviews, proposed their own new ideas. All made improvements helped to create the most convenient for users product.

Additionally, I want to note that previous developers have not been able to realize this task.