System of the cloud storage unification

System of the cloud storage unification is a unique service of the cloud storage systems for basic desktop and mobile platforms. This service provides unlimited and endlessly scalable cloud space for information storage, full synchronization among different devices and the maximum level of data security for users. The product is realized on the base of its own algorithms of data storage and data encryption, which provide seamless, balanced distribution of users’ data in different data storage cloud accounts.

System of the cloud storage unification has a unique architecture, which allows users to use all benefits of the unlimited cloud space for the duration of the subscription, if they’ve registered only for once and pointed even one existing data storage cloud account. The system unifies all users’ accounts into one container and then unites it with other users’ containers to create almost endlessly scalable cloud storage in cloud spaces. The program can automatically create new account of cloud storages for meeting the growing system requirements.

In addition to the limitlessness of the data storage capacity, the system of the cloud storages unification has high-level specifications of the system fault tolerance and data storage security, that allows users to get access to data even if the original cloud account becomes unapproachable.

Here is an incomplete list of operations available for users: 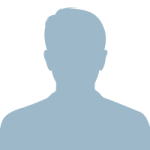 JazzTeam developers were involved in business analysis of our project requirements, implemented all the tasks completely and on time, and met our expectations of successful teamwork.

The product has been designed and implemented by JazzTeam experts based on unique data storage and encryption algorithms that ensure a smooth, uniform distribution of user data in various cloud storage accounts. А large number of architectural solutions have been implemented, that helped to stabilize and expand the functionality of the project.

Effective solution from JazzTeam was to establish processes in the team and implementation of Scrum/Agile methodology. As a result, everyone in the distributed team was interested in the effective implementation of the project, that allowed to reach the stable iterations.

From our point of view, it has a positive impact on improving the quality of our product: the unique cloud storage service has been created with excellent scalability and the most modern architecture.