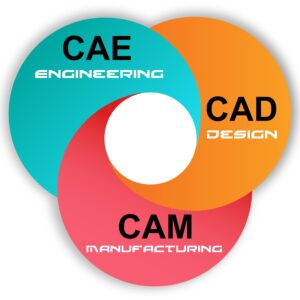 The principle of Frost.Pile operation is as follows: a model with the results of thermal calculation of soils is uploaded in it, after that, a pile foundation is added to the 3D scene, operating conditions are set, and the user gets the calculated bearing capacity at specified points of time.

The product is intended primarily to make the calculation activities of design organizations automated. A full calculation of pile foundations according to Russian building standards was implemented in the project.

The extremely complex product with a huge amount of functionality was not covered with autotests. Changes in one place caused bugs in other places, which made it difficult to build up new functionality. The customer could not be sure of the quality of each delivery due to a large number of bugs in the product. Releases were carried out once a year with delays of up to 4 months. The rarely updated product was not always able to meet the needs of end users in a timely manner.

The software module consists of the following parts:

The project is a desktop application written in C# using WPF technology.

Within this project, JazzTeam was responsible for project management and quality assurance.

JazzTeam was required to manage the following key project processes:

JazzTeam was responsible for quality assurance as part of this project. Tasks were set for all team members:

When writing code, developers immediately performed unit and integration testing. Taking into account the existing CI/CD system, this helped to significantly reduce the number of bugs that are revealed during manual testing, as well as ensure the required level of quality during development. Four developers were working on the module at a time, so the culture of writing automated tests greatly simplified collaboration.

Business analysts prepared data for calculation module testing – in total, about 270,000 test checks were created for various components of the calculation module using a third-party product, after which these checks as part of the Data Driven Testing approach were performed within the Continuous Integration approach. This made it possible to greatly reduce the likelihood of bugs in the calculation module.

The calculation module, which allows calculating the bearing capacity of pile foundations on the basis of a finished modeled physical object.

This project allowed the customer to significantly expand its presence in the market of calculation programs for modeling buildings and structures built in permafrost zones.