The application represents both and network and server client for role-playing game in fantasy genre, like the Dungeons and Dragons game series. Game scripts are not specified in advance and the possibility of their implementation is quite extensive. During the game, players control individual characters, bunch into groups, interact with the outside world, resolve various conflicts, participate in battles and receive rewards.

The application can act as a game client, which connects to the game server, and directly as a server to which other clients connect. It is also possible to purchase various artifacts through the shop.

The project aim was to develop a new expandable system of game logic that allows to automate complicated calculations of characters interactions in the game. The system of characters interactions was revised, all static preset structures were replaced by generalized custom behavior. JavaScript is used for creating scripts. The implementation is performed by means of Java Nashorn. 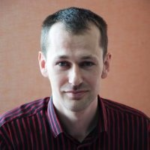 The task of this project for JazzTeam members was rather complicated, that is the expansion of the game functionality, which included immersion in the existing for more than 10 years implementation. For development it was necessary to study and take into account the game rules, which are listed in a large six hundred page manual. The task is complex, and requires a serious architectural approach and high qualification of the developer. And JazzTeam members coped with it at the proper level.

I note that the working process of JazzTeam company fully corresponds to the spirit of Agile. The team actively offered solutions for implementation of complex technical issues and also warned in advance about possible risks. We are truly grateful to the staff of JazzTeam.