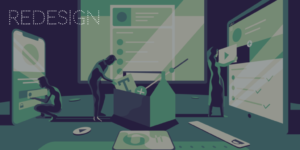 A seemingly simple task was set before our team – to consider and to implement a new design of a portal according to the customer’s requirements.

However, besides the standard work on the redesign, we accepted into work the wish not only to perform the redesign, but also to create a new version of the financial analytics module for the existing system in the telecommunications industry.

The main tasks, we had to solve and successfully solved within this project:

After completed work on the redesign, the updated system represents a single entry point of receiving the information about all the customer’s accounts (mobile, fixed, RAS, data), and provides as an organization reporting service on all levels: corporate, regional and national levels, on local and custom levels.

With the help of analytics and diversified detailed reports this system gives an overall view of the costs that helps to analyze and to make a decision on the company’s telecommunications expenses optimization.

The system uses Oracle as a database. Interaction with the database is implemented with Hibernate and JPA. In some cases JDBC Connection is involved for achievement of better productivity.

The server part of the whole system is implemented in Java using widely known Struts2 and Spring frameworks.

During the work on the new design version we changed the structure of the database to store new information, updated the data model for work with the new file format.

The web part for updated file format was developed using MVC pattern, the new pages were implemented with JSP, CSS, JS, TAGS, and their internal logic was implemented with such frameworks as Struts2, Spring, Hibernate, JPA.

For processing of the new CSV files format the functionality of the server component, which processes events, was extended. The integration of the component and the client’s infrastructure was established, we updated the existing events supporting the new file format and their handlers in the existing system.

What we did on the project, our responsibilities

Contents hide
1 Project summary
2 Technical description of the project
3 Technologies
4 Screenshots
5 What we did on the project, our responsibilities
6 Project features
7 Project results
8 Company’s achievements during the project
9 Clients about cooperation with JazzTeam