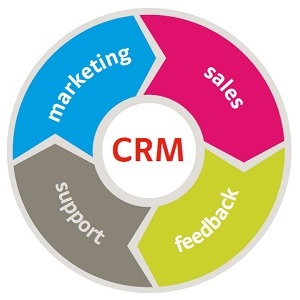 The solution allows large help desks that use Zendesk to process requests written in popular languages without the need to have native speakers of all these languages.

For this purpose, Nitro web service, which is designed to automate text localization processes, is integrated with Zendesk platform that provides a comprehensive solution for customer support.

To interact with Zendesk platform and the customer’s system, it is required to create an application with the following basic functions: translation of user messages for the help desk, as well as translation of help desk responses for users. The application mainly includes the frontend part, as well as interaction with the server part of existing solutions (created as part of development of the customer’s other products).

The frontend part of the system is developed using ReactJS. The application status is managed through Redux. The frontend and backend parts interact as follows: 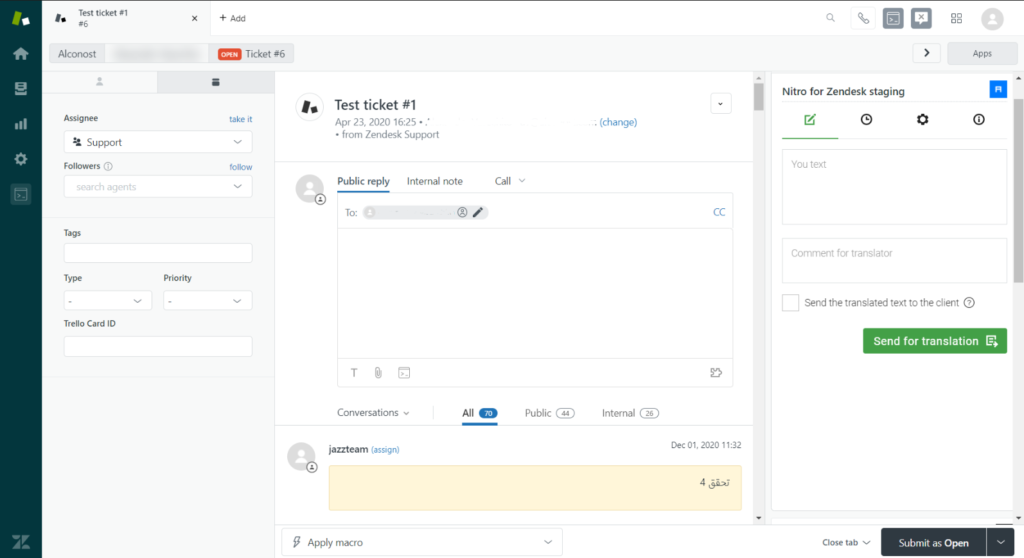 The main screen of the application on the Zendesk platform 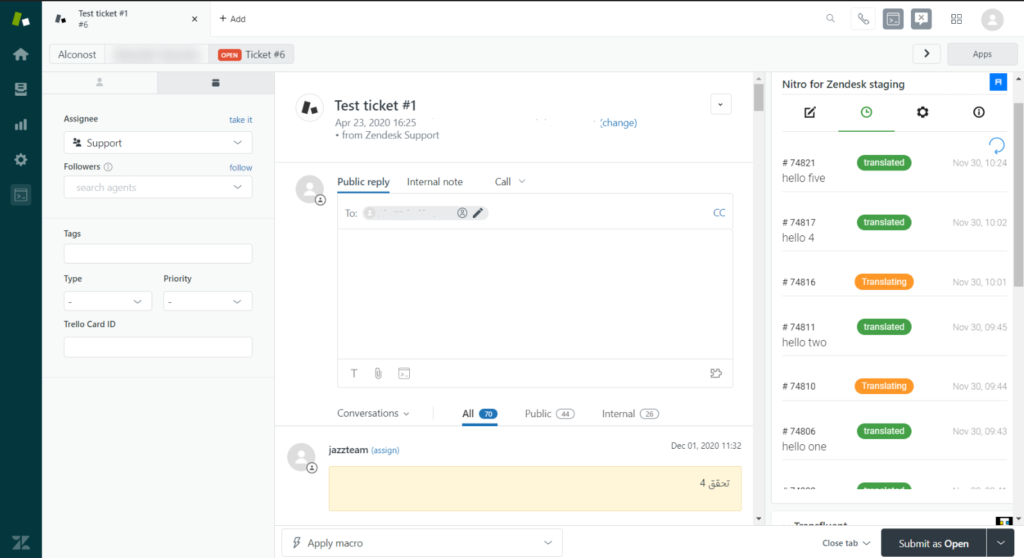 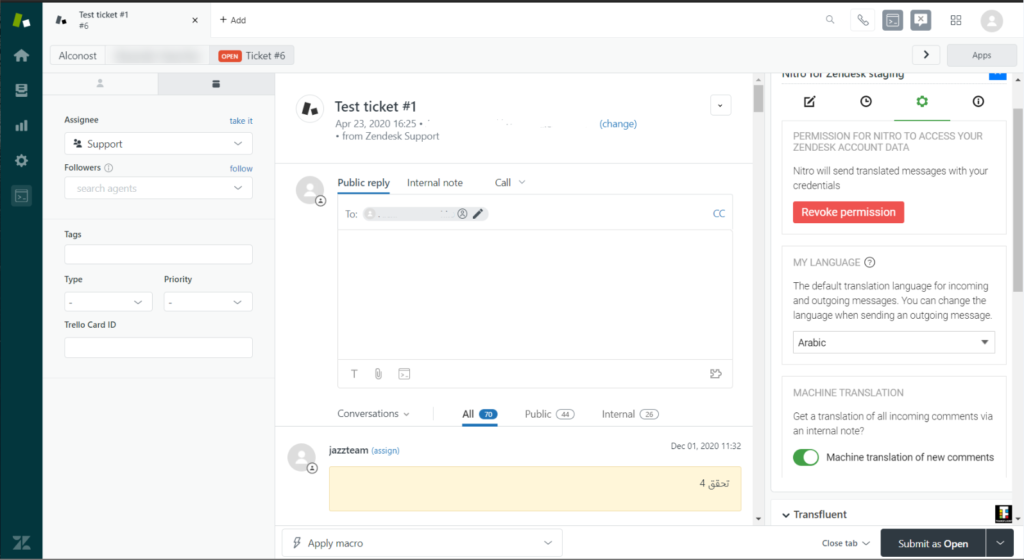 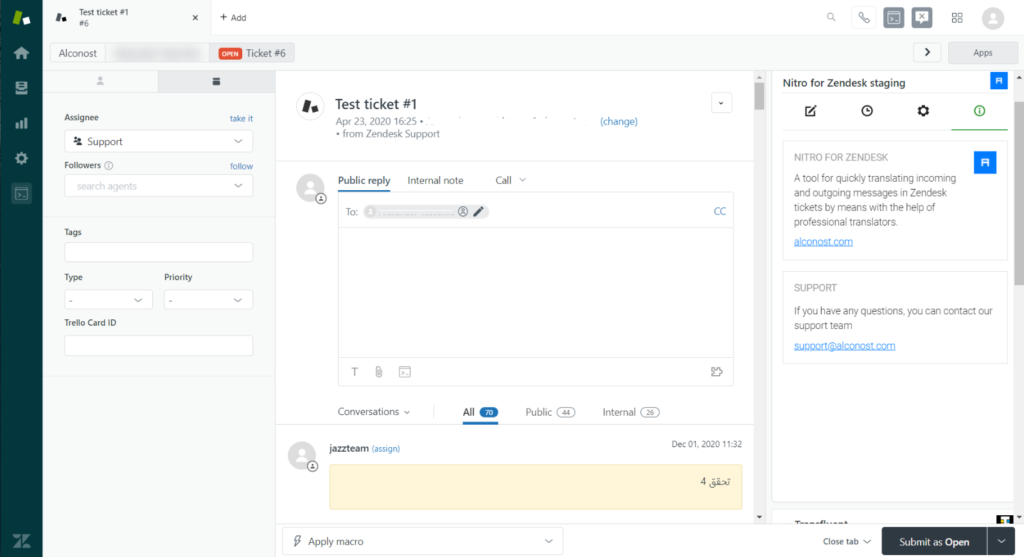 Component – a wrapper for components, for saving the scroll position and scrolling to the saved position 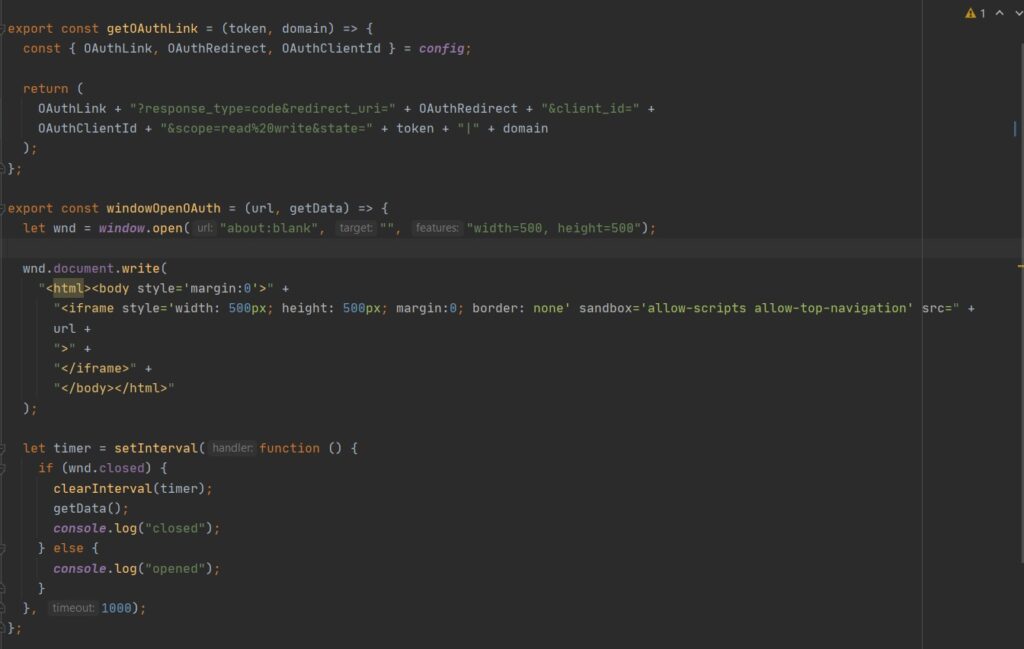 Formation of a separate frame for authorization through the OAuth protocol