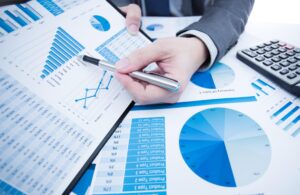 the SPM (“Lean SCMo ERP”) of the company Rightstep (hereinafter the Customer) is intended to manage production and logistics chains (internal and external) of industrial enterprises.

The SPM (System of Planning and Monitoring, hereinafter the System) supports both Western and Eastern industrial models, including distributed productions and cooperative interaction.

In view of the foregoing, the SPM developers have very high demands on the performance of both mathematical algorithms and interfaces: the volumes of calculated structures in real projects reach tens of millions of units in each object (complex products produced by enterprises at different time horizons, taking into account all operations and movements, as well as optimization algorithms to ensure resolution of “conflicts” in competition for resources).

The enterprise resource management system (the ERM, hereinafter the system) is intended for planning, managing, monitoring and analyzing of the operation of any enterprise using an information system. When working with the system, the end user does not need to install any additional software, since the ERM works directly in the browser.

Briefly about the system functionality:

Rightstep (www.rightstep.ru) is a consulting and IT company that focuses exclusively on solving problems in planning and managing production and supply.

Rightstep is a team of successful professionals. The main experts and specialists of the company are together since 2003, with extensive production and IT experience in staging and commissioning of control systems at dozens of industrial enterprises.

The goal of Righstep company is to make every manufacturing business as efficient as possible. To ensure, first of all, rapid execution of customers’ orders (including state orders), moreover, “just in time”, “exactly in quantity”, with minimal production costs and high productivity.

From the point of view of implementation, the System is a web application which consists of two parts:

When working with the System end users do not need to install any additional software, since the SPM works in web browsers.

Users interact with data presented both in tabular form and in the form of interactive infographics (diagrams). During this interaction, CRUD operations can be performed, as a result of which requests are generated and are sent as HTTP requests to the Backend.

Further, on the Backend side the analysis of data correctness and saving to the database is performed. A response with data, in a universal for application format, returns to the Frontend, which is converted to display interface forms on the user’s side (in Frontend).

When working, different parts of the application can be physically in different places, because Frontend is lightweight and can work on almost any configurations. Backend, on the contrary, is very demanding on resources, because all the business functions are performed on it.

When starting the system in new environment, it is possible to primarily initialize data, as well as restore data integrity in case of errors.

The company’s achievements on the project

What we did on the project, our responsibilities: 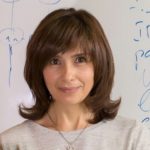 Together with JazzTeam engineers, we set up manual and automated testing processes in the project of developing of a new version of our information system for planning and monitoring of production and supply (SPM).

We started from scratch, largely based on experience and competence of JazzTeam crew.

During work, JazzTeam guys were readily immersing into the subject area, without understanding of which a high-quality solution of problems would be impossible, were sharing their knowledge and experience. Involvement in the project and interest in the result made it possible to build work with colleagues not as a “Customer – Contractor”, but as a united project team.

I would like to note the high professional level of the team as a whole, both in technical fields and in common culture of project work conducting and communication.