Decentralized platform for work of organizations based on Ethereum smart contracts

Business component of the project 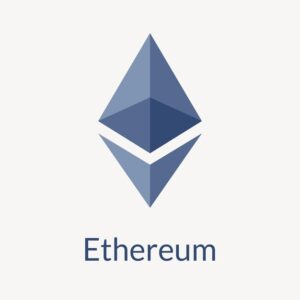 The development of a decentralized document management platform for military commissariats, which is based on blockchain technology and allows to implement a reliable and secure storage of information about personal files of conscript soldiers. The use of blockchain excludes the possibility of data spoofing and hacking attacks, since it uses special methods of data encryption. The problem of mediation and verification of documents is solved with the help of smart contracts (a computer algorithm designed to form, control and provide information about the ownership of something), since a contract program with a built-in algorithm for signing documents and confirming the authorship of material acts as a registrar, compiler and intermediary certifying the authenticity of records. So, blockchain technology allows to reliably preserve the historicity of information, as well as save on intermediaries in the process of document flow. The system provides for the roles of a medical officer and a military commissar. The military commissar has the right to add new medical workers and conscripts, as well as to make a final decision if the conscript has had a full medical check. The physician can make a diagnosis only within the framework of his/her specialization and cannot change it after making a diagnosis.

This solution has significant differences and advantages compared to similar classical centralized implementations. The military commissariat system developed on the basis of smart contracts is fully decentralized, transparent and protected from changes by intruders.

The specific nature of the blockchain technology allows the application not to depend on a separate server, since each network participant has the program code and data. So, the independence of the network in direct proportion depends on the number of participants in the blockchain network. High reliability is due to the power of the network. To hack it, an intruder needs much higher computing power than the entire blockchain network has, and this is extremely unlikely. For example, the Ethereum core network has a capacity of about 500 supercomputers.

The platform is based on the client and server parts. The server is based on Ethereum – a specific implementation of blockchain and smart contracts. The smart contracts of the military commissariat are developed in the Solidity language. The client side works with the Angular framework and the Metamask browser extension, which links Angular and the smart contract. The project also uses Smart Contract, Truffle, web3.js, IPFS.

Company’s achievements on the project:

Articles created on the basis of project experience: