The project consists of frontend and backend parts, and our responsibility was to develop backend part of the project.

Backend was implemented on the basis of REST API services (Spring MVC), automatic build was performed using Maven, RESTful web API and XML/JSON serialization-deserialization were made with help of Restlet, logging was carried out by Logback. Unit testing was implemented using JUnit. MyBatis was used for ORM/JDBC. Apache ZooKeeper was used as a  service name and also for configuring access to external services/applications.

Our team worked on the modernization of the system which had already been used by the customer. We developed Open API interface. Open API is an open communication protocol that is available to third party developers and allows solving any internal business problems of communication operator. Switching to Open API within the existing system is justified by the following requirements: 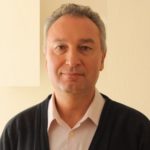 I would like to commend the work of the JazzTeam team members on our project during solving complex problems, their serious and thoughtful approach to problem research, their active participation in the architecture update, their advice and assistance to our employees. It is also worth noting that the guys offered non-trivial solutions and were always in touch.

Separately, I want to mention the constant JazzTeam’s managers involvement and efforts to support employees. In fact, it is quite a unique phenomenon, none of our other contractors have such participation from the management side.

We have already recommended JazzTeam engineers to our company colleagues. And if on our project the need for assistance arises again, it is likely that we will engage them once again, since there are no serious claims, and their code is good.

Good luck in all affairs!

1 Leave your project request. We will contact you and schedule a call.
2 Signing of the NDA to ensure the project info confidentiality.
3
Negotiation of your request and the required services.
4 Team forming, coordination of workstages.
5 Contract singing and project start.
© 2011-2022 Agile Java Development Company JazzTeam. All Rights Reserved. Privacy Policy