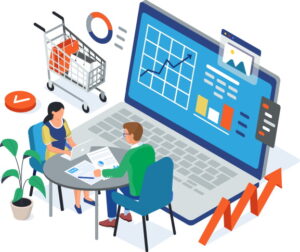 The owners of the product were going to expand their client base and move to cooperation with larger companies, however, the product developed by their team has reached a critical amount of technical debts and its consequences:

The situation is further complicated by the fact that the company is managed by a few co-owners having different points of view regarding product development and the strategy for overcoming the crisis on the project.

JazzTeam, represented by its CEO Dzmitry Harachka, held many events within the consulting to the product owners. It was a lengthy process that is still going on.

Consulting approaches: in the process of consulting, Dzmitry applied a triad of his experience:

Stage 1 – mediation of the conflict between the founders and the establishment of a common vision of the situation on the project: Dzmitry acted as a mediator – an independent party promoting a consensus among the product owners with different points of view. The owners were aware of the need to improve processes, but the options they proposed did not help eliminate the source of the problem. Each of them was an experienced specialist uncompromisingly defending his own point of view, so it was very difficult for them to achieve a common vision and jointly choose a management strategy.

Stage 4 – implementing the best development practices and generating a value culture: in agreement with the business owners, it was decided to strengthen the role of engineers in the project, to increase the degree of the team’s self-organization. For this purpose, the best approaches of Scrum methodology were used:

The owners reached a consensus on the development of the product and business, began to openly discuss current problems and act together within the framework of the chosen strategy taking into account the interests and opinions of each party: