Project summary: Our team developed new features for successful work of existing application. The application was designed as an automated costing system of provided services (packages of multimedia channels for different types of devices) and service rating and invoicing for payment. This application is primarily focused on the United Kingdom and Europe.

Project results: during the project the new functionalities were developed (data model was expanded, new controllers and functional forms were created, the opportunities of existing forms in the administration module were optimized and expanded), some complex bugs were fixed, JBoss tweaking (database password encryption, secure authentication, etc.) was made. 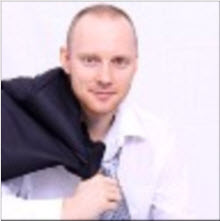 We have enjoyed the work with JazzTeam company. The main focus was on the development of new functionalities for our complex billing system of accounting rendered multimedia services. JazzTeam provides a clear, constructive and qualified work of developers, adequate management, transparency and efficiency. In the conditions of remote work and distributed team JazzTeam engineers were able to interact with all parties on the project successfully. They have solved all encountered difficulties quickly and harmoniously and ensured the decent quality of development results.

Thank you for the prompt response to all questions, business approach and high level competence of all JazzTeam employees.