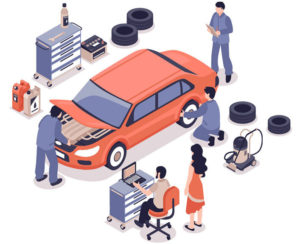 Project summary:
The main goal of our team was to create automated tests and conduct automation testing of the web application, which allows a client to place an order for car service.
In terms of implementation, the product is a web application, comprising of three parts:

This project is peculiar in the fact that we had to do the following within several months:

Our main achievement during the project was the satisfied customer and his willingness to continue cooperation with our team on the new projects.

What has been done on the project, our responsibilities: