The system of inventory and management of telephone numbers, IP addresses and international identifiers of mobile subscribers. The application is a single solution for recording equipment, phone numbers and SIM cards; execution of business processes of SIM cards manufacturing, defects assessment and removing from service; creation, cancellation and modification of starting kits parameters.

A customer selling SIM cards through an extensive distributor network across the country needed a unified system to keep track of logic resources and automate business processes for their preparation. JazzTeam specialists were involved in the development and testing of the system’s UI part. The process and technology challenge for our company was presented by the following factors: working in a distributed team, during which it was necessary to establish constant communication with the customer’s engineers (implementation of the system back-end part was performed in parallel with the UI development). The task had to be accomplished jointly within a tight timeframe, under strict technological requirements (including a quick learning of a wide stack of JavaScript tools) and the need to achieve a high level of code coverage by automated Unit tests. 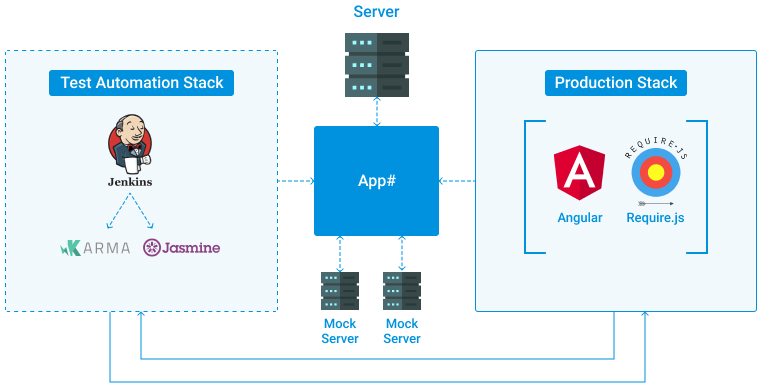 Within the project, JazzTeam specialists became a part of an international distributed team. We were responsible for the development of the system’s frontend part (Angular component of the project), its manual and automated Unit-testing. Our team also had to integrate the application with the customer’s centralized business process management system, namely, to combine the UI of the developed system with the UI part of the completed application.