An application for estimating and managing the project implementation cost in the oil and gas and energy spheres allowing to manage costs within a project timeframe and budget, perform in-depth analysis of projects, compare estimates with benchmark projects and industry standards. The company’s clients using this application are large industrial corporations.

For the convenience and satisfaction of needs of clients using the company’s software, it was necessary to develop and implement a multiuser mode that allows several users to open and edit the same document simultaneously. However, the task of adding this component was non-trivial and complex: the system had a huge amount of the legacy code, so the implementation of new functionality required serious re-engineering with the use of a separate framework.

JazzTeam specialists took over the implementation of this framework, which was a definite technological challenge for them: it was necessary to master a large volume of the codebase without help from the customer’s team, to apply experience in R&D and propose an architectural solution, and implement a new framework in the system’s legacy code. The second major challenge was the problem of the long and difficult involvement of new developers in the project because of the product’s features. 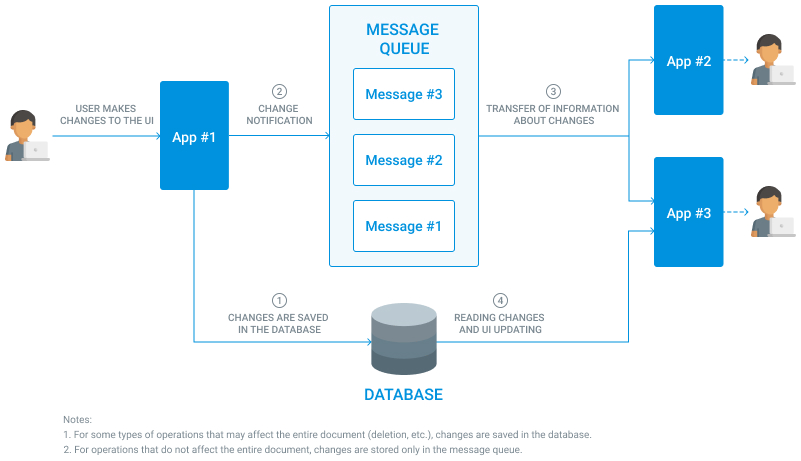 Diagram of system components and interactions between them,
reflecting the principle of functioning of the multi-user mode

All of this allowed the team to maintain a consistently high pace of work throughout the entire cooperation period.