The morning of March the 7th for the girls of Soligorsk office began with romantic music with a guitar, compliments and, of course, flowers. The men of our company came up with the original holiday script, which made the female half of the team feel like real women, a little capricious, but that happy. 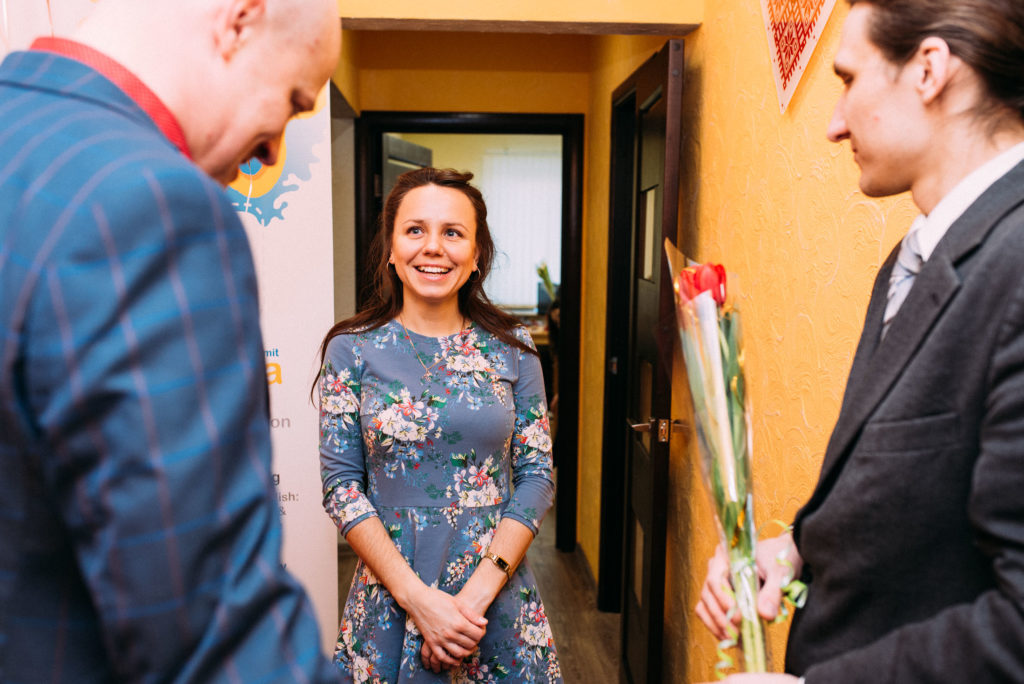 The magic awaited us in the workplaces: rose petals were laid on the tables and there were also personal cards, carefully created by our men. In each of the cards our girls found wishes and nice words for the following year. Oh, how romantic it is! 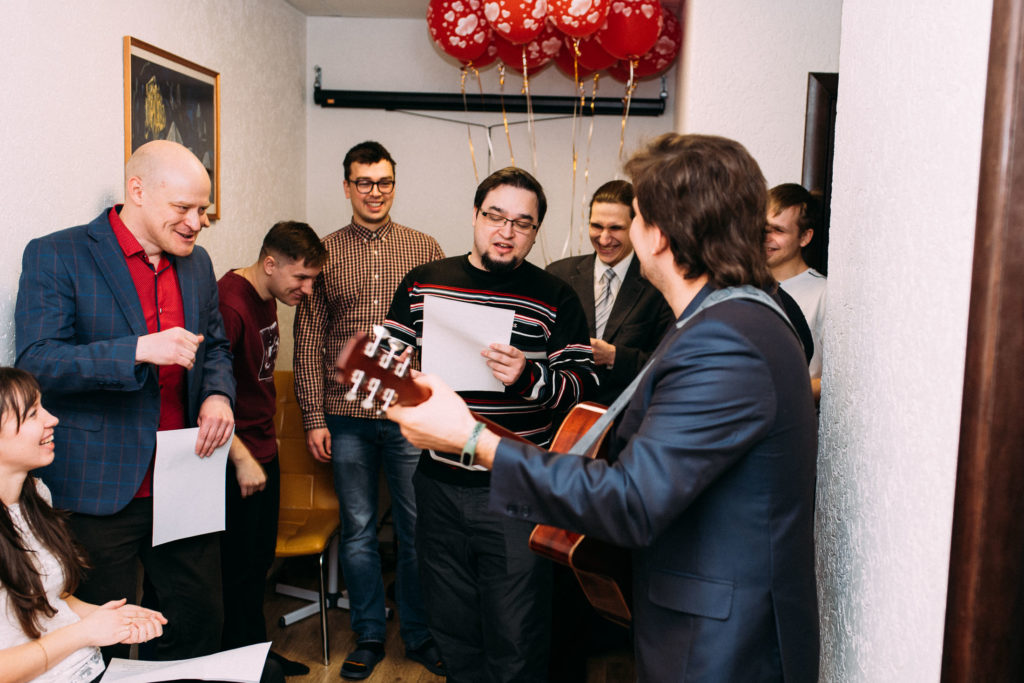 Further more! Guys with a guitar sang short quatrains (in rap style) that were dedicated to each of the girls. After the songs our guys became wish fulfilling genies! But wishes could become true only if the girls had found special spells, which were hidden in the most unexpected places around both our offices. That’s how our holiday quest got started. It was so much fun, but not easy. 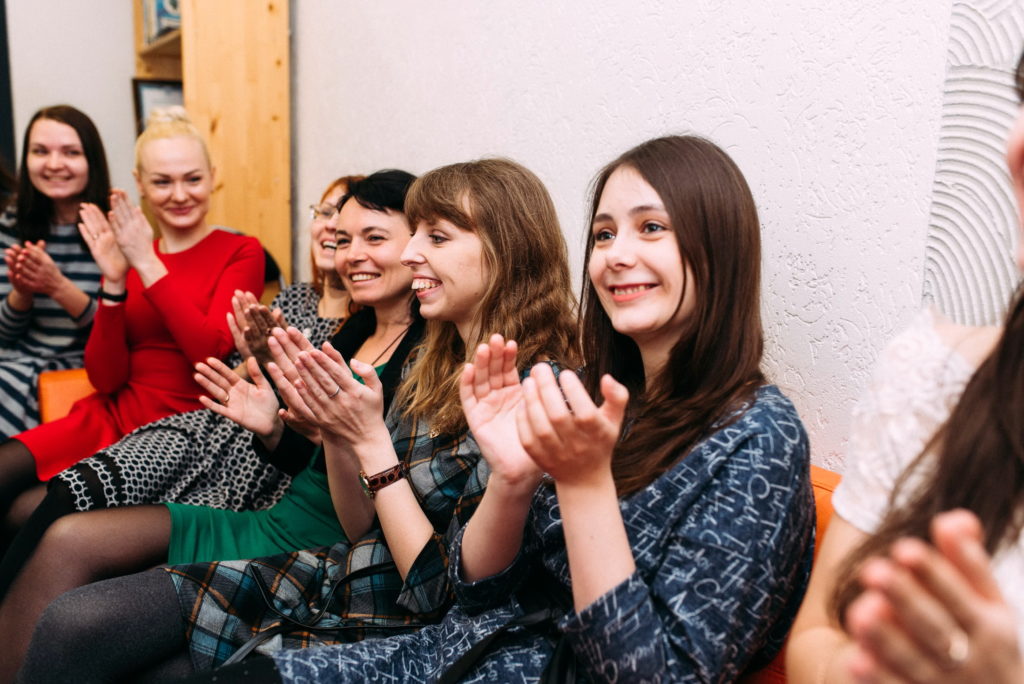 During the lunch break the company’s CEO presented us with a premiere of his own song after which the guys pleased us with their homemade delicacies. 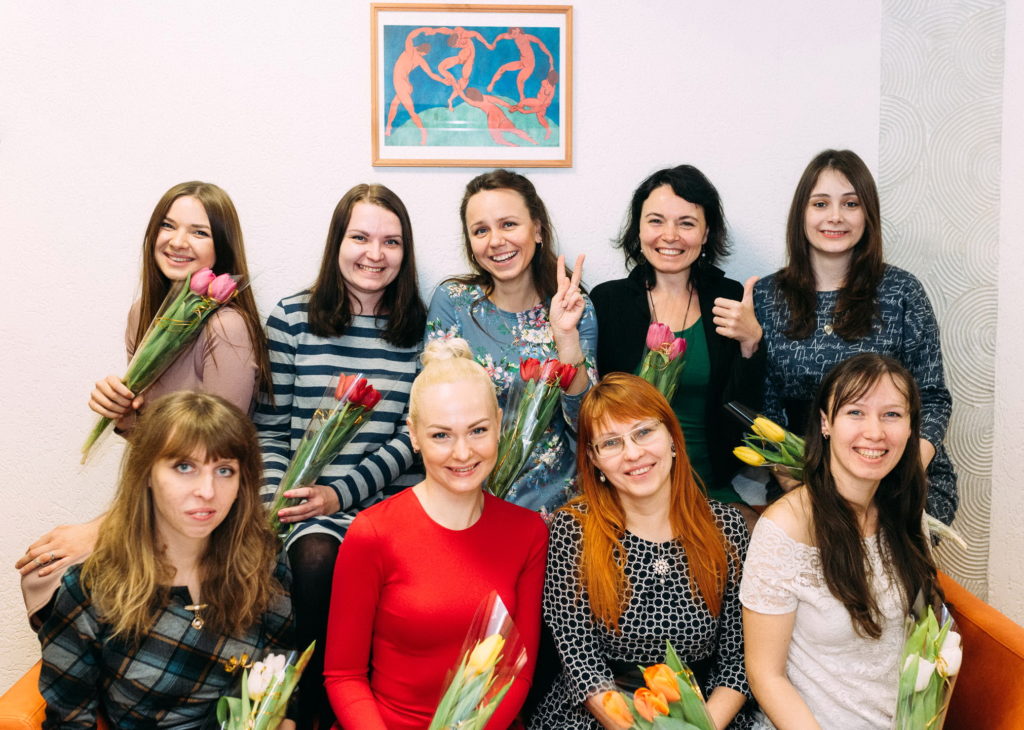 In Minsk all the fun was started closer to lunch time. The men gathered all the girls and began the congratulation by the friendly team. Each of the guys took out an alphabet letter randomly and said some pleasant words starting from this very letter (guess how Vova, who got the letter “Й”, congratulated us? :)) 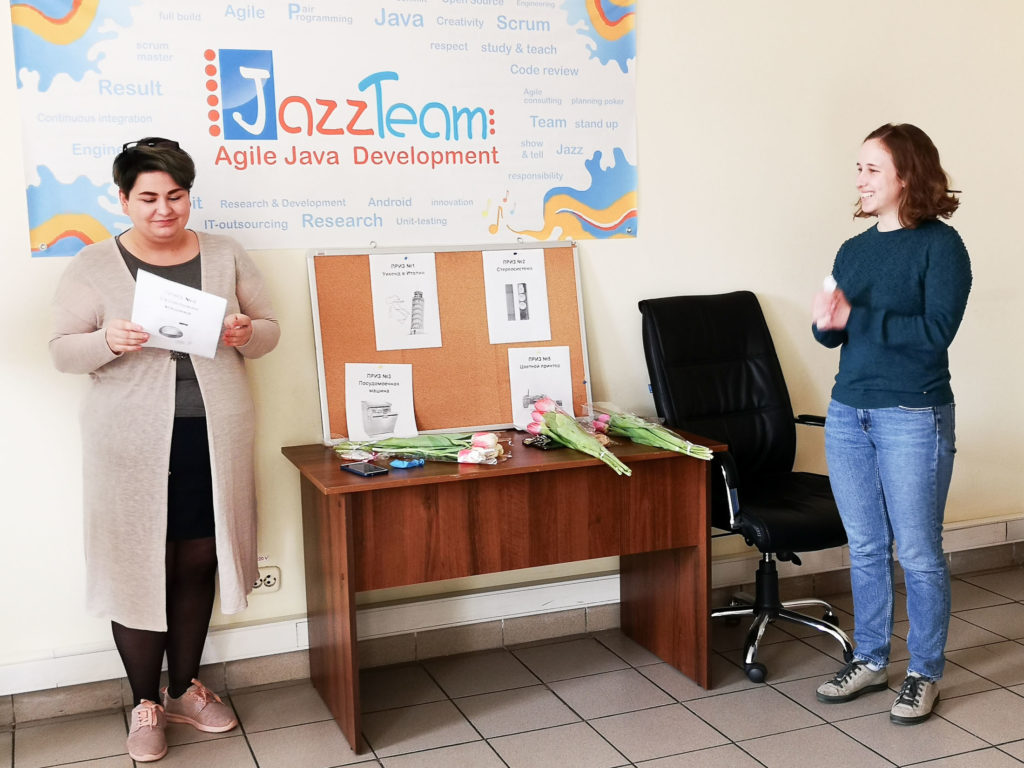 Then the girls had to do their best, because the guys organized a super draw of gifts for them, where the grand prize was a journey to Italy. In the wake of the inspiration the girls started guessing riddles like nuts to win the grand prize (who would refuse a stereo system or a washing machine?). But our men can not only congratulate beautifully, but also they don’t mind making jokes, since the journey to Italy turned out to be Italian pasta, and about the washing machine, just try to guess yourself. :)

The following prepared challenge was to shave a man on speed. But, apparently, the guys decided to be safe and sent balloons for the challenge instead, and the girls got shaving foam and razors. You won’t believe, but our girls did the great job, and not a single “man” was hurted. 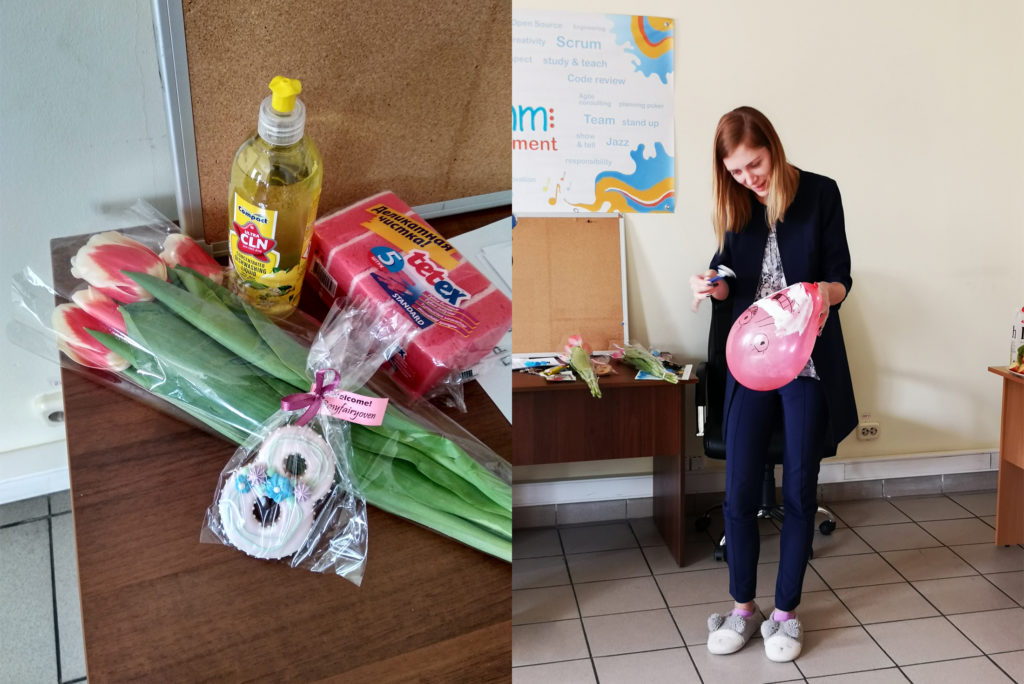 After that the guys had a challenge, they had to feel the severity of maternity. The balloons helped them to get into character, and to complicate the task our guys in this position had to collect as many matches from the floor as possible. We have to say they coped with that task excellent. 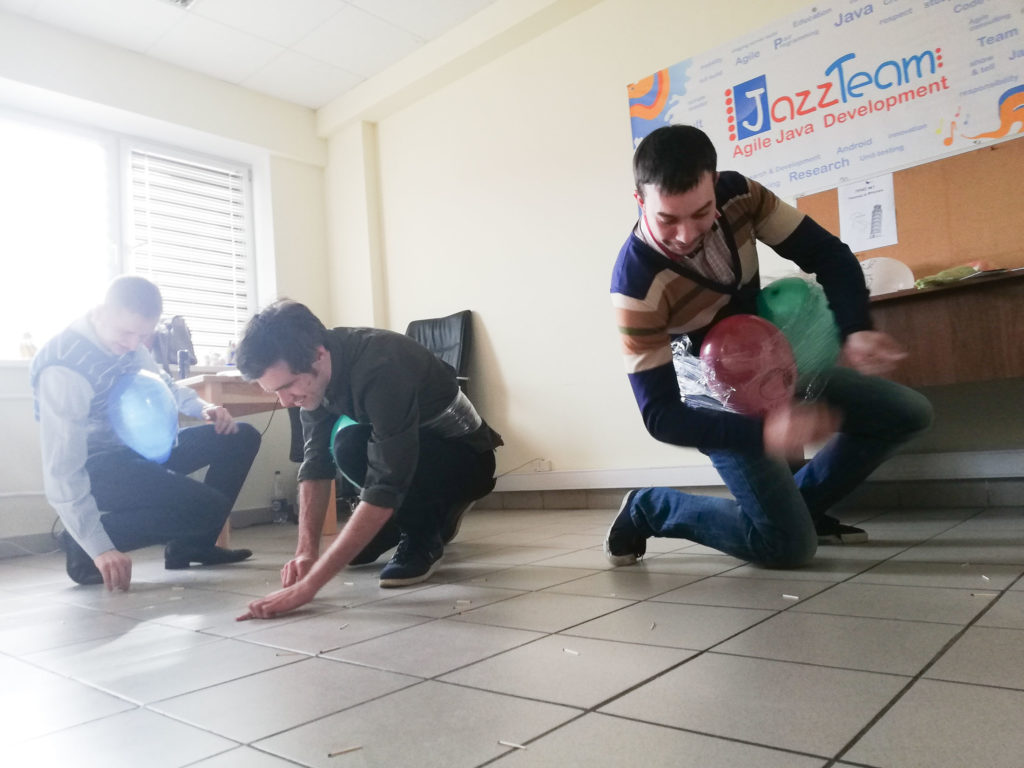 With such a cheerful mood we proceeded to the festive table, that the guys prepared for us, and continued the discussion of the holiday having delicious cakes. 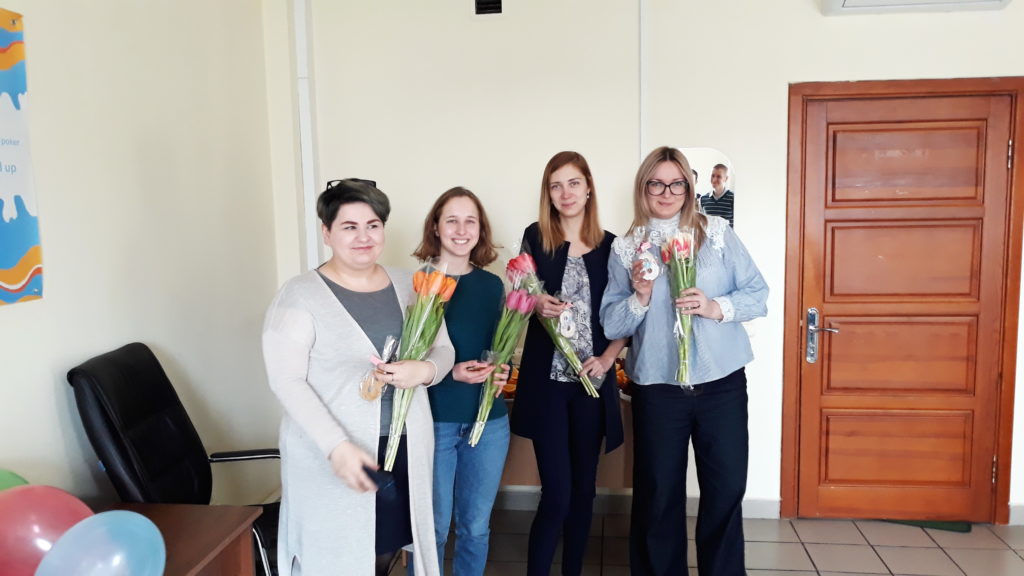 The whole day we did not leave the thought that the men of our company not only know how to make a holiday, but they can do it with taste. That day became a real magic for all the girls and it will stay not only in our memory, but in our hearts blooming from men’s care.

Thanks for that wonderful day, guys. We really appreciate you!