California is the most populous and the most multifaceted state of America. It attracts by its resorts with ocean washed beaches, by its nature with incredible national parks and mountain waterfalls, but for IT professionals it is primarily the heart and soul of high technologies. Dmitry Harachka, the founder and CEO of JazzTeam, has also visited the world center of technological progress. During his trip Dmitry had meetings with our partners from Silicon Valley in person, took a walk in the national parks, visited Stanford – one of the oldest and most prestigious universities in the world, and also introduced our company at two major IT conferences: SVOD and TheStartupConference2017. Both of them gather more and more participants from all over the world every year.

SVOD or Silicon Valley Open Doors is the leading technology investment conference that brings together the most creative and promising people, such as founders or executives, the giants of industrial corporations or starting entrepreneurs. This year SVOD was held at the Museum of Computer History in Mountain View and once again provided the opportunity for start-ups, suppliers of various IT services and large corporations to demonstrate their new developments, technologies and services to more than 2,000 audience of technology experts and investors. TheStartupConference2017 also takes place in Silicon Valley, its main goal is to help startup owners to present their product or service in the right way, and afterwards to build competently business relationships with the investors. The conferences were filled with brilliant public appearances of well-known speakers. SVOD participants this year were lucky to see such giants of the modern IT business world as Andrew Ng, Keith Rabois, Kevin Hartz, Slava Rubin. Attendees of TheStartupConference2017 could find out about the startup culture from Max Mullen speech, co-founder of Instacart, hear recommendations on “how to get into Y Combinator” from CEO Michael Seibel, and also to draw a lot of useful information from the speeches of big investors and successful “grown up” startupers, such as Holly Liu (Kabam), David Hornik (August Capital), Michelle Zatlyn (CloudFlare).

Silicon Valley is a term that has long been synonymous with a high-tech future. This sunny place in northern California is considered to be the cradle of the modern IT world. Technological novelties and innovations replace each other in dizzying rhythm there. No wonder the Valley is a must-see point for all IT companies that keep pace with the times. Religion, color and nationality are not important here. Great and brave ideas, intelligence, skills and experience play the major role. Though, experience is not the main basis of the residents of Silicon Valley. It is the place, where countless start-ups with the most incredible ideas of young talented minds from around the world are being promoted, invested and “grown up”. California hosts the headquarters of the most famous brands and companies, including Adobe, Cisco, Facebook, Google, Apple, Intel, Oracle, Tesla.

Now JazzTeam is rapidly developing the California direction and cooperating with a number of companies from Silicon Valley. This business trip helped to strengthen contacts with our long-time business partners and contributed to starting a plenty of new promising acquaintances. For Dmitry, as well as for JazzTeam company as a whole, it was a bright and incredibly useful experience to visit the very center of IT technologies development, to feel a part of the high-tech future and perceive the heartbeat of California. 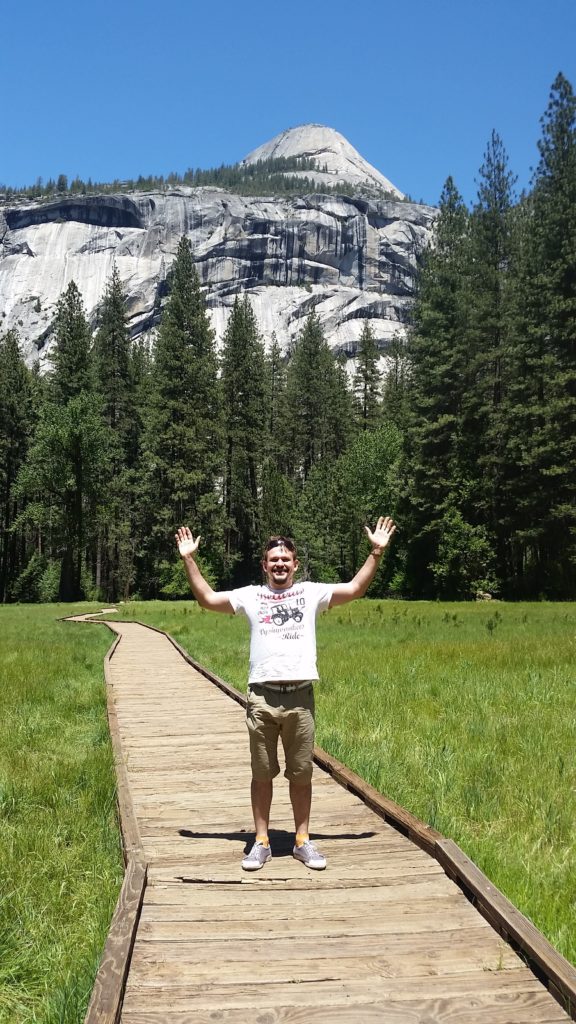